Q: How can I get Apple Music from my iPhone to play through my Andriod box with Kodi? What do I need to do to hear the music?

Kodi is a free media player software available for multiple operating systems and hardware platforms, which allows users to play many streaming media like videos, music, podcasts, etc. For example, there are add-ons that can help you get Spotify on Kodi. Unfortunately, regarding the question raised above, there is not yet an Apple Music add-on for Kodi that enables users to play Apple Music on Kodi directly.

So can you get Apple Music for Kodi or not? Yes, there is an Airplay option display within Kodi, but devices running iOS 9 or above can only stream audio with Kodi. If you want to enjoy music with all the information display like the album cover, it is not available with Airplay at the moment. To give you a better listening experience with Apple Music on Kodi, we are here to introduce an easy way to do that with the right tool. 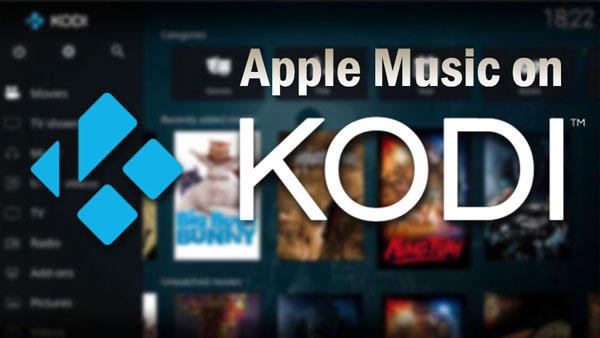 As a professional media player, Kodi supports a wide range of audio formats such as AIFF, WAV, MP3, AAC, FLAC, etc. but Apple Music is encrypted in M4P format. To put it simply, Kodi can't play Apple Music directly. Therefore in this part, we are going to introduce a professional tool named AudFree Apple Music Converter that can help you download Apple Music and convert them to common audio formats that are compatible with Kodi.

AudFree Apple Music Converter is specialized in converting Apple Music to 6 audio formats including MP3, FLAC, WAV, AAC, M4A, and M4B. It can work at 30X speed to convert Apple Music in batch and keep 100% original audio quality. Additionally, it is intelligent enough to preserve all metadata like title, album art, genre, artist, so when you play Apple Music on Kodi, all information will be displayed. This excellent software is both available on Mac / Windows computers and comes with a free trial.

Part 2. How to Play Apple Music on Kodi - Detailed Tutorial

Now let's take a look at how to download Apple Music at fast speed and how to stream Apple Music through Kodi step by step. The whole process requires you to install the AudFree Apple Music Converter and the iTunes app on your computer.

Before adding Apple Music to AudFree software, please make sure you have downloaded your favorite music using the Apple Music subscription in the iTunes app. Then you can click the 'Add Files' button from the bottom-left corner of AudFree's interface to select Apple Music from your iTunes library.

Now please click on the 'audio' icon to open the setting window, where you get to select the output format for Apple Music as MP3, FLAC or AAC which can be read by Kodi. Besides, you can also personalize other output parameters like sample rate, bit rate according to your needs.

Please press the 'Convert' button to activate the downloading and converting process at 30X speed. Not for long, you will be able to locate all the downloaded Apple Music files from the converted history list and open them in the destination folder. 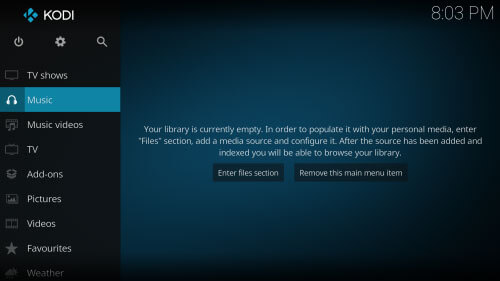 Developed by the XBMC Foundation, Kodi (formerly XBMC) is a free and open-source media player software application, which can play almost all popular audio and video formats. Kodi can scan all of your media and create a personalized library for you. There are playlist and slideshow functions as well as many audio visualizations. Once installed, your device will become a fully functional multimedia jukebox. Kodi is now available on Windows, Mac, Linux, Raspberry Pi, iOS, and Android.

As of 2020, there are over 60 million tracks in the Apple Music Catalog. With the subscription fee of $9.99 per month, you will have access to all contents such as curated playlists, Beat 1 Radio, and download them for offline listening. However, Apple applies FairPlay DRM technology in its media files, which means that Apple Music is encrypted and readable by Apple only. This is the main reason why we need AudFree Apple Music Converter because Apple Music cannot be read by Kodi directly.

How to Play Apple Music on Kodi