Guide: How to Import Apple Music to MusicBee

Quite a few Apple Music users have an attempt to import Apple Music to MusicBee for offline playback without subscription. Nevertheless, they all end in failure, without exception. Why is this?

You know, MusicBee is compatible with a wide range of audio foramts, which, unluckily, fails to cover M4P Apple Music. Certainly, there is another factor involved resulting in the failure - FairPlay technology launched by Apple Inc. Apple Music content with FairPlay copy protection can only play on authorized devices.

To get around this limitation, a practical trick for the realization of MusicBee Apple Music is proposed in this tutorial. 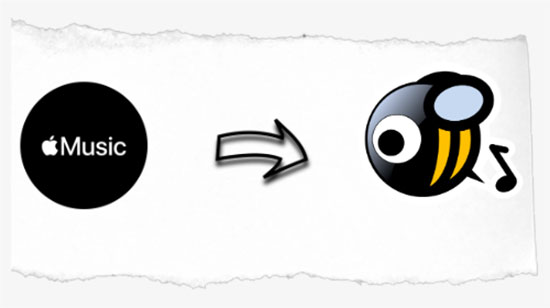 Part 1. Something about MusicBee

Developed by Steven Mayall, MusicBee is an awesome freeware on Microsoft Windows for the playback and management of music files. No matter how sprawling your music library is, it can help to organize and cataloge. It has an inbuilt tagging system, which realizes to simply locate album and lyrics when you play music. Other than that MusicBee also does an remarkable job in music adding and streaming. Not only can it give support to import music tracks from Windows Media Player and iTunes, but also enable you to stream music with Last.fm and SoundCloud.

Due to FairPlay copyright protection, Apple Music M4P songs can but be played on Apple Music app and iTunes. Such being the case, how to import Apple Music to MusicBee for offline playback forever? Here, we introduce AudFree Apple Music Converter to deal with the situation.

This is a cost-efficient and well-received audio converting program, which provides a lossless solution to batch convert Apple Music, iTunes M4P songs, and even Audible audiobook to unprotected audio formats, like MP3, FLAC, WAV, M4A, M4B, etc., in addition to supporting the conversion between standard audio files. You might be amazed at its zero-loss conversion technology and 30X faster conversion speed when working with it to convert your favorite Apple Music for MusicBee.

Part 3. How to Import Apple Music to MusicBee - Stepwise Guide

What an amazing and impressive piece of software AudFree Apple Music Converter is. Now, let's explore how it works its magic to convert Apple Music for MusicBee.

Things you should do prior to doing as follows:

2. Get your computer equipped with the right version of AudFree Apple Music Converter. 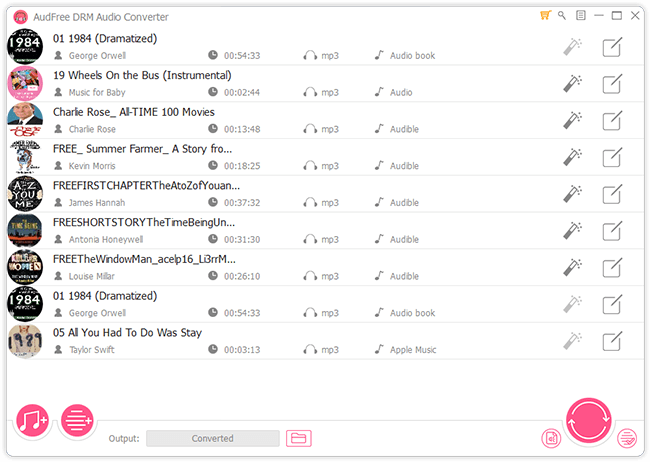 Simply launch AudFree Apple Music Converter on desktop. In the meantime, iTunes app will load by itself. Use the "Load iTunes Library" button on the bottom left to access iTunes library, and then check all Apple Music tracks that you need to stream on MusicBee and click "Add" to import them to AudFree. 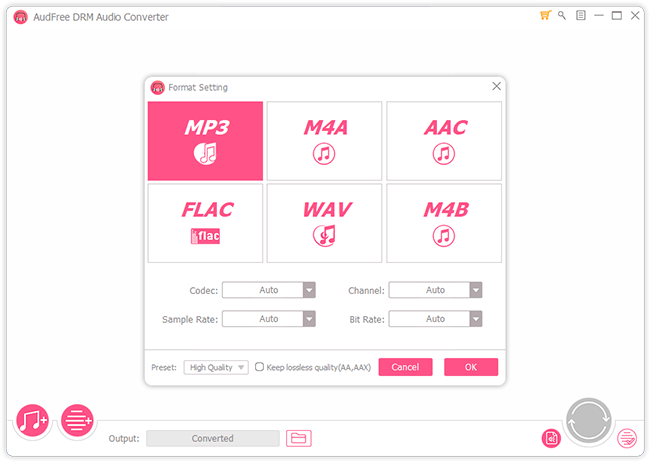 Touch the audio-labeled icon in the lower right corner to expand the format setting window. As needed, highlight the audio format that MusicBee supports and further customize codec, channel, sample rate, and bit rate. If you are a novice who doesn't know much about these audio parameters, you might click on the drop-down button of "Preset" and set "High Quality" for the output Apple Music. 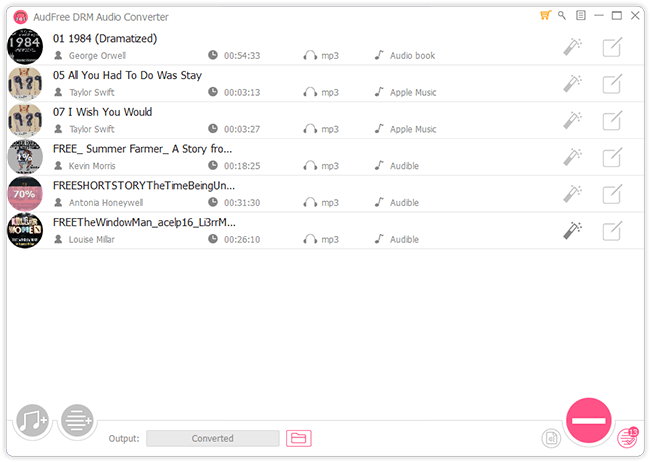 Tap on "OK" to confirm the format settings and quit the format window. Next, just work with the "Convert" button to let AudFree start to convert Apple Music at 30X faster speed. Once finished, go to the destination folder to find the converted Apple Music files.

Run MusicBee on computer. There will pop up a window to ask you to choose folder to scan music tracks. Hit on "Choose Folders" and select the target folder to scan. In case that there is no pop-up window, choose "File" from the drop-down menu of "MusicBee" and go for "Scan Folders for New Files". Alternatively, drag and drop all converted Apple Music tracks to MusicBee's interface.

How to Play Apple Music on MusicBee
AudFree uses cookies to ensure you get the best experience on our website. Learn moreGot It!