Billboard is an online music website that you can find recent released top songs on Billboard charts and other items. Besides, you can watch lots of interviews of popular artists and see which songs are trends. For music addicts, you may want to listen to music offline anytime and anywhere. However, as Billboard is an online music website, it needs to be accessed with an Internet connection. Thus, if you want to download music from Billboard for offline playback, then you need to move on this post.

In this article, we are going to introduce a powerful and professional tool for you to free download Billboard music. And then you can keep Billboard music on your computer forever and stream them to other devices for listening. Just check the below post and learn how to make it. 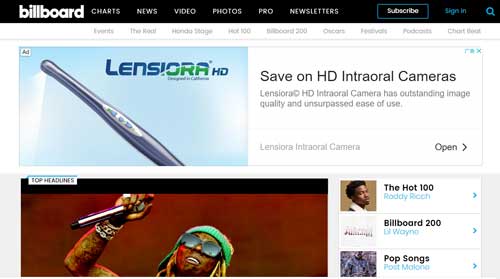 From what we mentioned above, you can't enjoy Billboard music without Internet connection. But if you still want to play music from Billboard offline, here we would like to recommend a tool for you.

This tool is AudFree Audio Recorder for Windows, which is designed for offline playing online audio tracks on all portable devices and music players via built-in advanced recording technology. It can download Billboard music and save recorded Billboard audios as MP3, FLAC, WAV, AAC files so that music lovers can enjoy them anywhere even without connecting network.

In addition, you can personalize other audio parameters and edit the ID3 tags according to your needs. And the audio tracks it records is with high audio quality in a fast speed.

Before starting to get Billboard music download, you need to download and install AudFree Audio Capture on your computer firstly. Then you can follow the guidance below to begin to convert and download audios from Billboard. 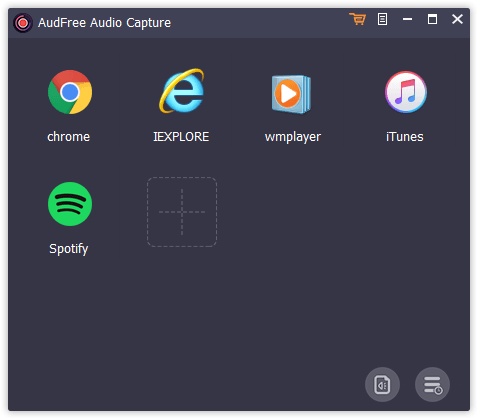 After installing AudFree Audio Recorder on your computer, then please open it, Next, check whether the web browser you want to use to access to Billboard official website is in the installed software list on the main interface. If not, please click the big '+' button to add it in quickly. Or you can directly drag and drop it from your computer desktop to the AudFree program main interface. 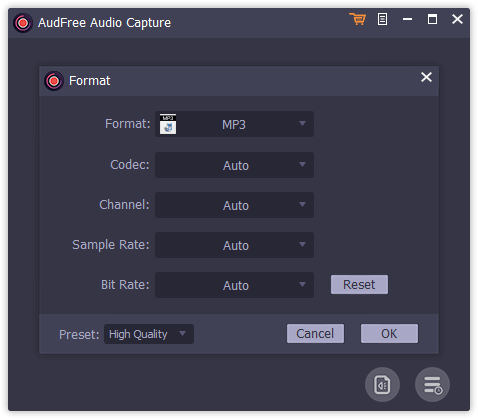 If you would like to listen to Billboard music on other music players or devices, then you need to set the output audio formats and other audio parameters by clicking the 'audio' icon to open a new window, in which you can define the audio format as MP3 or other common audio formats and customize sample rate, bit rate, audio channel, etc. 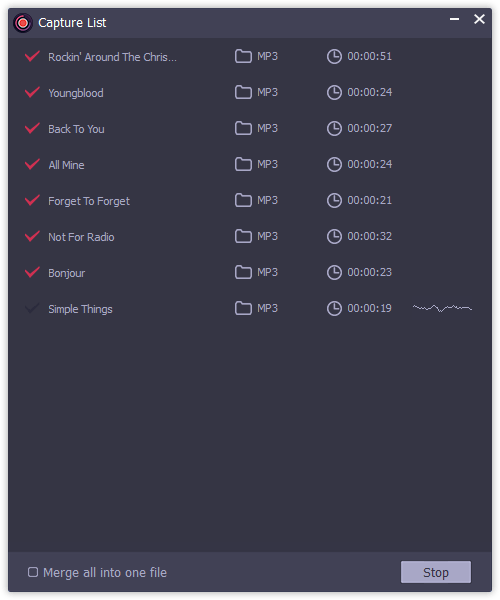 Now please click the 'OK' button to apply all output settings and then you will be back to the main interface. Then choose the target program that you'll get Billboard music download and play the music you like on it. And AudFree will pop up a recording window, where you can see Billboard music tracks are being recording and downloading automatically.

When all Billboard audio tracks have been recorded successfully, you could stop the recording process and then click the 'edit' icon to cut and split Billboard music records and edit ID3 tags as you like. In order to locate and check the downloaded Billboard music on your computer, you could hit on the 'converted' > 'search' to check them. At last, you can stream them to other devices for playback anywhere and anywhere without limitations.

Billboard is a nice music website which can let you find the most trending songs at once and listen to them online. But with the help of AudFree Audio Capture, you can free download Billboard music for offline listening with high audio quality. Moreover, you can also use this powerful tool to record and download audio files from other music streaming services, video websites, local computer players, etc. Hope you can enjoy more music freely in your part time anywhere.