Released on October 5, 'A Star Is Born', the 2018 American musical romantic drama film released in the United States, in which there are lots of pleasure soundtracks by Lady Gaga and Bradley Cooper. Are you attracted by them? 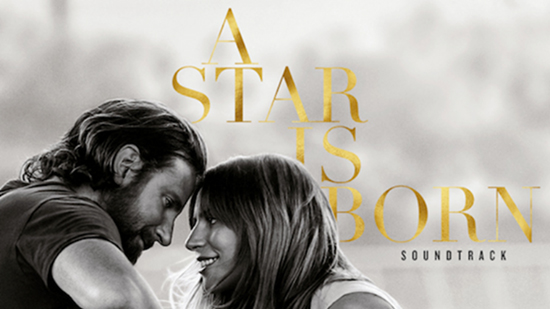 No matter which music streaming service you choose, you can download soundtrack album for offline listening by Lady Gaga and Bradly Cooper with paid subscription. However, all tracks in different online music sites are encoded in special audio formats, such as M4P in Apple Music. To get MP3 'A Star Is Born' soundtrack offline for free, you need to look for alternative way to download this album.

As we all know that Spotify offers uses to access to music library with no cost. So why not to use a professional Spotify downloader, such as AudFree Spotify Music Converter for Windows/Mac to download songs from 'A Star Is Born' as MP3 files with free Spotify account with 100% original quality retained. Just need to download and install this software on your computer and then you can follow the one-by-one steps to free download Gaga and Cooper's MP3 soundtracks.

Step 1Add 'A Star Is Born' Album from Spotify to AudFree

If you have found the Spotify URL of 'A Star Is Born', you can copy and paste this link to AudFree's search box and click the 'Add' button to confirm it. Or you can discover the target Gaga and Cooper's tracks on Spotify and drag and drop them to the conversion window to import audio files to AudFree.

Step 2Define output format as MP3 and other settings

To get MP3 'A Star Is Born' album, you are required to define the output format as MP3 by entering to the Preference -> Convert option, it will pop up a setting window, where you can customize output format, conversion speed and output quality, like bit rate, sample rate, etc.

When all setting done, you can start the downloading and converting process by hitting on Convert button at the main interface. AudFree Spotify Music Converter will download all added 'A Star Is Born' songs to MP3 files for better playback offline. And you can find converted Spotify music on the destination folder on your computer.

Part 2. Everything We Know about 'A Star Is Born' Soundtrack

Apart from being the name of musical film. A Star Is Born also means the soundtrack album by Lady Gaga and Bradley Cooper released on October 5, 2018. According to the Nielsen Music, A Star Is Born songs album earned over 231,000 equivalent album units ending Oct, 11 only in one week with 162,000 album sales, which makes it as the third-biggest-selling original soundtrack in 2018. Besides, it gives Gaga her fifth chart-topper and Copper his first on Billboard 200.

Songs from 'A Star Is Born' on Billboard Hot 100

There are five songs from A Star Is Born on the Hot 100, one is called 'Shallow' by Lady Gaga and Bradly Copper, three songs only by Lady Gaga, including 'I'll Never Love Again', 'Always Remember US This Way' as well as 'Is That Alright', the last one is 'Maybe It's Time' only by Bradly Copper. Up to now, although the songs rank is a little down, the first three songs are still on the Hot 100 chart.

There is no doubt that this original soundtrack is widely acclaimed. In Washington Post, this soundtrack is regarded as a 'five-star marvel, which could be of the most possible contenders to win a Grammy Award. According to 8 reviews on Metacritic, A Star Is Born gets an average score of 78. Nick Reilly of NME complimented this album is 'one of the best Hollywood soundtracks of recent years with full of emotion and romantical stories.'

Here, you can stream and listen to 'A Star Is Born' soundtrack on Spotify as below.

In Conclusion: Free Download 'A Star Is Born' Soundtrack as MP3

Once you have downloaded the Lady Gaga and Bradley Cooper's MP3 soundtrack, you can upload them to all portable devices and play them on all popular music players offline. Is there any other excellent solution you are using on 'A Star Is Born' MP3 soundtrack download? If yes, please be free to share with us in the comment section as below.

Download 'A Star Is Born' Soundtrack by Gaga and Cooper
AudFree uses cookies to ensure you get the best experience on our website. Learn moreGot It!