How to Listen to Spotify on Kindle Fire? Solved!

Though many of us may be used to listening to music on our phone or on the computer, some still prefer to enjoy music while they are reading on Kindle. Is Spotify available on Kindle Fire? Luckily, the answer is Yes! Spotify has come to the Kindle Fire early in 2012, by adding a Kindle Fire version of the app to the store, which gives users access to many Spotify features.

As it might be known to many people, if you haven't signed for the $9.99 per month Spotify Premium service, you have no access to features such as offline listening or ad-free. Also, if you look up in the Spotify support community, you can see a few posts like this: "I have just downloaded Spotify onto my Kindle Fire and when I open the app all I get is a blank screen." People sometimes find Spotify on their Kindle Fire not working. 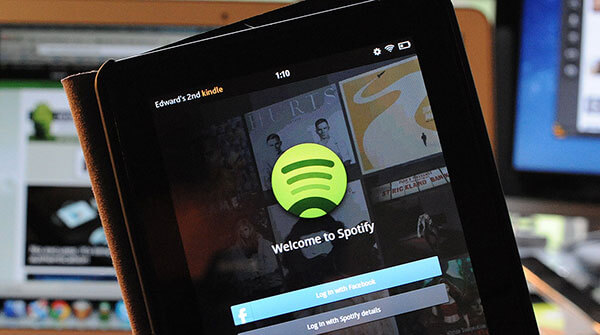 So later in this post, we would like to introduce another safe and easy way to listen to Spotify on Kindle Fire offline without the Premium subscription.

Amazon Fire Tablet, formerly known as the Kindle Fire, has released its latest model in 2020 – Fire HD 8 Tablet (8th Generation). On Amazon Fire HD 8, you won't get access to Google apps but Amazon app store who claims to have better offerings than it used to.

Moreover, thanks to one of the most popular features on Kindle Fire HD 8 Tablet - hands-free Alexa, you can now simply call out Alexa and ask Alexa to play a song on Spotify.

However, just as many users have complained, they are unable to select songs and are forced to use Shuffle Play on Spotify, because the some of the old Kindle Fire tablets have been considered as a mobile device and not a tablet, which is not the case. As a result of that, Spotify free users cannot choose to play any track on Kindle Fire the same as the tablet users of other brands, which can be quite annoying.

Besides that, if you haven't subscribed to Spotify Premium membership, you are not allowed to download Spotify songs to listen offline, so you can only enjoy music on Kindle Fire while there is the Internet. All of the non-working, crashing, or Shuffle Play limitations mentioned above can build up to a very unsatisfying listening experience. We, therefore, are going to introduce a useful tool that enables you to stream Spotify on this portable device for offline listening.

Part 2. Listen to Spotify on Kindle Fire Offline without Limitations

First thing first, you will need an easy-to-use tool called AudFree Spotify Music Downloader. With the help of it, you can download Spotify music on your computer and save them on your Kindle Fire tablets forever. AudFree Spotify Music Downloader is an excellent tool designed to remove the encryption on Spotify music, rip the lossless music from Spotify, and then convert the original quality songs to common audio formats like MP3, AAC, WAV, FLAC, etc. After that, you will be able to listen to Spotify music offline on your Kindle Fire tablet and many other devices, without the need to subscribe to Premium.

Additionally, AudFree Spotify Music Downloader is capable of converting Spotify songs at 5X speed, which in other words, you can get all your favorite Spotify music downloaded with original quality within a few minutes, but meanwhile, you are also given the '1X' speed option to guarantee a more stable conversion process.

Moving on, we will show you the detailed steps on how to get Spotify music on Kindle Fire via AudFree Spotify Music Downloader.

Once you launch the software on your computer, it will activate Spotify at the same time. If you already have Spotify running at the background, you will be required to relaunch Spotify, Then you can either add Spotify music to AudFree Spotify Music Downloader either by dragging them into the main interface or copying the link of Spotify tracks to the address bar and press the '+' button next to it.

Go to the top right corner of the main interface, you will find 'Preferences' here. You can customize the output format or parameters such as channel, sample rate, and bit rate to make your personalized songs for Kindle Fire tablets.

After all the preparation steps, we have come to the downloading process. Press on the 'Convert' button to start the download. Then you can check out the downloaded Spotify music you want in the history list. 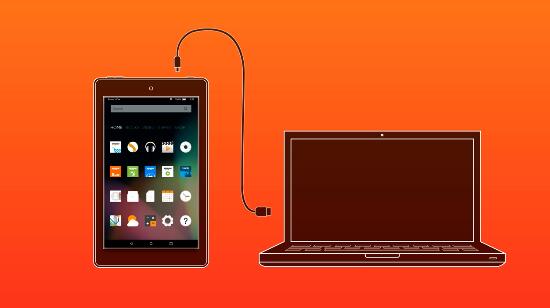 You are now free to listen to Spotify music offline on Kindle Fire tablet.

Besides that, it is also convenient to upload the downloaded Spotify music to Amazon Cloud Library, and then ask Alexa to play the audio files from the cloud.

To sum up, you can either play Spotify on Kindle Fire via Spotify app from Amazon app store, but you will have to pay for the Premium membership to listen offline. Or you can download Spotify songs on your computer via AudFree Spotify Music Downloader and then later transfer them onto your Kindle Fire tablet for offline listening.

The latter approach is suggested to be more effective and secure. You can now download AudFree Spotify Music Downloader for a trial to convert one minute of each Spotify song. Hope you enjoy the downloaded Spotify songs on Kindle Fire with the original high quality.

Listen to Spotify on Kindle Fire
AudFree uses cookies to ensure you get the best experience on our website. Learn moreGot It!