As the top music streaming platform in the world, Apple Music has always attracted the attention of music lovers. It’s universally known that Apple Music is a subscription-based music service, and if you want to listen to or even download songs from Apple Music, a subscription to Apple Music is essential. But for most users, the monthly fee is really a big expense, which is very disturbing. 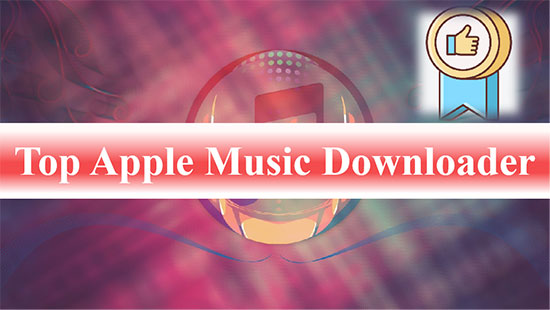 When it comes to Apple Music downloader, AudFree Auditior will undoubtedly be at the top of the list. It’s known as one of the best audio downloaders that can not only download and convert Apple Music to MP3, FLAC, but also Audible books, iTunes songs, audiobooks as well as common audio tracks.

As a full-featured Apple Music downloader and converter, it can download and convert Apple Music to Mac/PC at up to 30X speed so that users can keep all Apple Music songs forever, even without subscription. Besides, you are able to keep and edit the ID3 tags of the output Apple Music to personalize the output audio. What's more, if you want to try adding hundreds of songs to download at once, AudFree Auditior's batch conversion feature can do it perfectly.

• Convert Apple Music to FLAC, MP3 and other popular file formats at up to 30X speed

• For personal use only

Tutorial: How does AudFree Apple Music Downloader work for PC/Mac?

Now click the "Convert" button in the lower right corner and AudFree Auditior will automatically convert Apple Music according to your settings. Once it's done, you'll get your Apple Music downloads on your computer, then you're free to listen to Apple Music offline on any device you like.

In reality, AudFree Audio Capture is an all-in-one audio recorder for Mac and Windows that can capture any sound you hear from your computer, including streaming music, sounds from games and more. Thus, it can simply be used to record Apple Music and download the recorded songs in MP3, WAV, FLAC formats.

• Capture any music tracks played on PC/Mac, including Apple Music

• Download Music on Apple Music as a local file

Tutorial: How to Record and Download Music on Apple Music

Step 1. Launch AudFree Audio Capture on your desktop, browse the list of downloaded programs on your computer in the pop-up window, and select the Apple Music icon to record. If the target program is not in the list, click the "+" button to add the application you want directly.

Step 2. Click the "Format" button at the bottom right corner of the interface to define Apple Music output format as MP3, WAV, FLAC. It’s able to personalize other output parameters such as codec, bit rate, etc. in this window according to your special needs.

Audials Music 2022 is dedicated to scanning and recording music from popular streaming platforms such as Apple Music, Spotify, Deezer, Amazon Music, YouTube and more. Whether you are recording from a web player or PC software, it can easily handle it. Besides, it can download Apple Music in MP3, AAC format and save it on your PC as a separate file with no loss of quality.

More importantly, with its Music Map, Audials Music can access any online music source, making it possible to provide you with entire albums of your favorite artists in just a few seconds. What's more surprising is that Audials Music will build a music library that meets your preferences based on your musical style. Thus, this Apple Music Downloader for Windows enables an efficient process of finding and downloading Apple Music with ease. 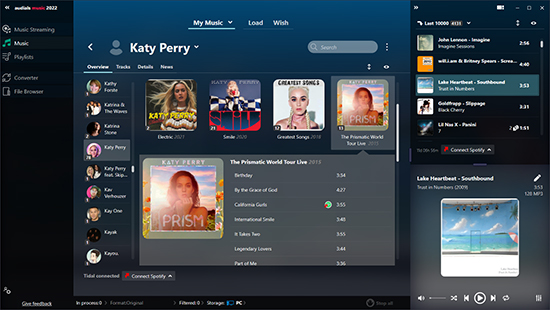 • Save Apple Music losslessly in MP3, AAC or WMA format

• Create a music collection that matches your musical style

• It is not free for users

• Only available for Windows

When you hear a catchy Apple Music, you may wish to spare no effort to download it online. Apparently, Apowersoft Free Online Audio Recorder fits this need very well, allowing you to record and download Apple Music online on your Windows or Mac computer.

Surprisingly, it can download Apple Music to MP3, WMA, AAC and other output formats without installing plug-ins or subscribing to any services. In the meantime, after recording Apple Music, you can rename the files to make it easier to organize them in a local folder. If you want to manage Apple Music files in a more efficient way, with this online Apple Music downloader's smart ID3 tag editor, you can add artwork covers, titles, artists, and other information in freedom.

• It is free of charge to users

• Only work properly with a stable network connection

Last but not least, Audacity is available as a free and open source audio editor and recorder for Windows, macOS, GNU/Linux and other operating systems. Therefore, it is easy to record Apple Music for free via microphone or mixer. With Audacity, you have the privilege of downloading and converting Apple Music to MP3.

Moreover, when the conversion is done, you can get the downloaded Apple Music on your computer. If you like, you can also use this professional audio editor to edit Apple Music files. Just import these music files into Audacity and then cut or trim the audio according to your needs. 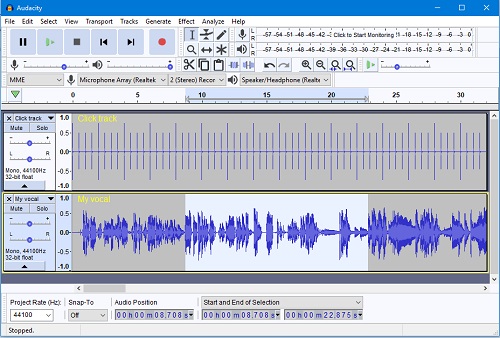 • Only one Apple Music can be recorded at a time

• The output audio quality is not lossless

Comparison: Which Apple Music Downloader Is the Best

Since the 5 top Apple Music Downloaders are mentioned above, which one is the best? Let's take a look at the comparison table below to understand the differences among them.

Top Apple Music Downloader
AudFree uses cookies to ensure you get the best experience on our website. Learn moreGot It!