How to Get and Play Apple Music on Galaxy Watch

Well, many Apple Music users have enquired about the same, and understanding what many users are looking for, we have written this post that will help you understand if you can play Apple Music on Samsung Galaxy Watch or not. Don't worry. We have the answer for you. 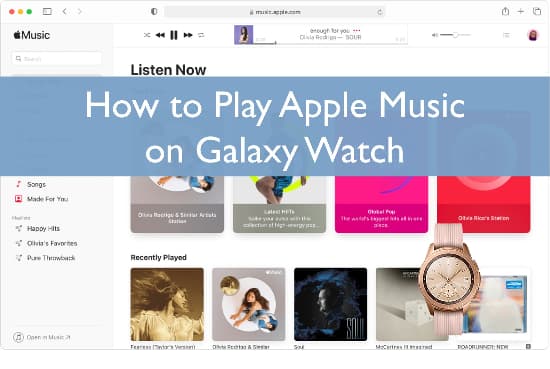 But does that mean that you can't put Apple Music on Galaxy Watch at all? Well, no, we have the perfect solution which will let you control Apple Music with Galaxy Watch without any hassle. And that is by downloading all the songs from Apple Music to your converter and then transferring them to the Galaxy Watch to listen to the songs whenever you want. So, let's find out how to do that.

With the Apple Music subscription, paid or trial, you can refer to the following steps to listen to Apple Music on OnePlus 7 with ease.

Part 2. Get Apple Music on Galaxy Watch - What You'll Need

So, the recommended tool to go for is AudFree Apple Music Converter. It is a professional audio converter that can convert unlimited Apple Music songs efficiently. One just needs to download the software on their Mac or Windows computer and follow a few easy steps, and that's it.

AudFree Apple Music Converter lets you convert Apple Music songs to MP3 and many other audio formats. You can pick any audio format that you want, and the conversion will happen at 30X speed. Besides converting music, you can use the same tool to convert iTunes audiobook as well, just in case you want to do that.

This fantastic audio converter retains the original music quality of the songs, ensuring you can listen to the songs in the best way. Moreover, the ID3 tags will be restored as well. And the best part about AudFree Apple Music Converter is that it can convert songs at 30X speed.

After the songs are uploaded, click on the Audio option. Now, change the format of the song. The available audio formats are MP3, M4B, WAV, AAC, M4A, and FLAC. You can select codec, sample rate, channel, and bit rate, apart from the audio format. Also, choose the output folder where you want the songs to be saved.

You can launch the conversion process to download Apple Music to Galaxy Watch compatible audio files by clicking on the Convert option. The songs will be converted in no time, and you will find them in the computer folder you picked in Step two.

Part 3. How to Play Apple Music on Galaxy Watch

Step 1: Take your phone and connect it to the computer with the saved Apple Music songs. Transfer the songs to the phone.

Step 2: Now, take the watch and launch Galaxy Wearable. After that, click on the option that says add content to your watch.

Step 3: Click on the add tracks option. Export the songs to the watch and click on the done option to complete the process.

Step 1: Take your watch and iOS device and connect them both to the same Wi-Fi network.

Step 2: Launch the watch and open the Music app. You will see the phone icon. Then click on that.

Step 3: Go to the now playing screen and click on the option that says, Music Manager. After that, click on the Start option. 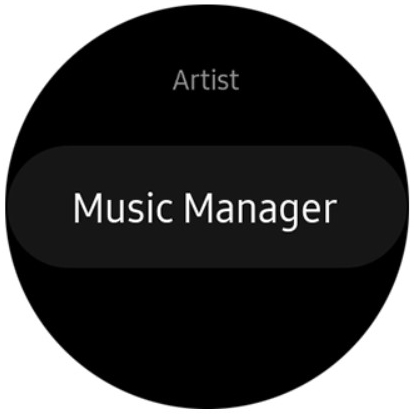 Step 4: Open a web browser on the computer and check the IP address that you can see on the watch. Confirm the connection.

Get and Play Apple Music on Galaxy Watch
AudFree uses cookies to ensure you get the best experience on our website. Learn moreGot It!