Apple Music Cannot Be Copied to iPod? Here's the Solution!

Although both Apple Music service and iPod are Apple's products, you will still encounter the error message saying "Apple Music songs cannot be copied to an iPod" when syncing the downloaded Apple Music tracks to iPod nano/shuffle. But why? As a matter of fact, that's mainly caused by DRM, an encryption technology used by Apple to protect the copyright of the songs.

Due to DRM, subscribers are only allowed to access Apple Music songs on devices which support Apple Music app. As for now, Apple Music is not a native app within iPod/iPod nano/shuffle yet. So before any official support is announced, we need to seek for alternative ways to put Apple Music to iPod. Fortunately, there are many 3rd-party solutions that could make it happen by removing DRM from Apple Music. The following content will introduce the best tool for you to make Apple Music tracks syncable to iPod (nano/shuffle) easily. 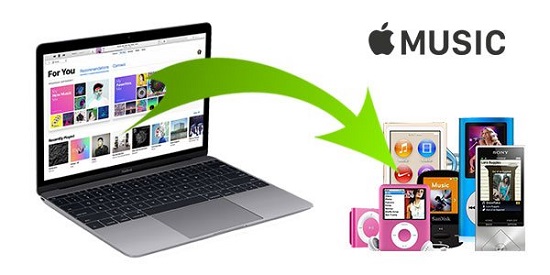 Under the help of this excellent Apple Music conversion tool, you can not only freely play any Apple Music song on iPod/iPod nano/shuffle, but can also back up the songs on any other device forever even after cancelling the subscription.

Part 2. Step-by-Step Guide: How to Get Apple Music Songs on iPod Nano/Shuffle

Here in the following part, we'll guide you to remove Apple Music DRM with AudFree Apple Music Converter as well as transfer the songs to iPod step by step.

Before importing the songs, make sure they were already completely downloaded onto your computer. Otherwise you should subscribe the Apple Music service to download Apple Music offline firstly. After that, launch AudFree Apple Music Converter, then click the first 'Add' button at the bottom left to load the target songs to the application. Or directly drag the files from iTunes music folder.

When the tracks are imported into the converter, simply go to the bottom right corner of AudFree and click the 'audio' icon near 'Convert' button. Then you'll be directed to the output settings window where you can choose the output profile, including audio format, codec, channel, sample rate, bit rate, etc. In order to make the songs playable on iPod, you are highly recommended to set the output format as MP3.

Now you should click 'Convert' button to begin removing DRM and converting Apple Music songs to MP3 for iPod. Once converted, the DRM-free songs will be found on the 'history' folder. 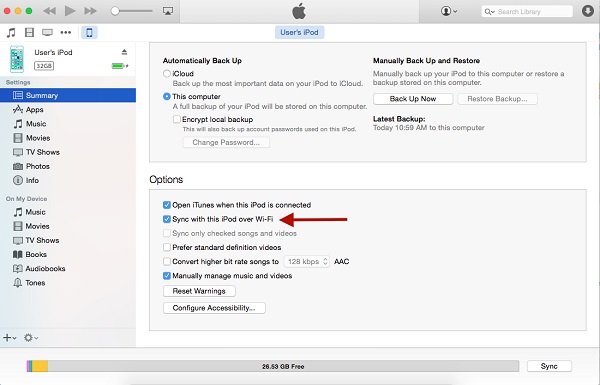 Apple Music & DRM: Everything You Need to Know

Like other Apple products, Apple Music streaming service is protected by the DRM (digital rights management), because of which, we can only play Apple Music songs on selected devices which support Apple Music app, including iOS and Android phones. It also requires account authorization of Apple Music subscription on up to 5 devices only. What's worse, we can only burn the Apple Music tracks to CD once due to DRM. If we however unsubscribe the service someday, all the downloaded songs would disappear from iTunes library.

Therefore, a smart Apple Music DRM removal tool like AudFree Apple Music Converter would be highly required in order to get rid of those restrictions once and for all. Why not download it for free to test it by yourself?