The hip hop music is becoming very popular and trending. Its craze among people is increasing day by day all over the world. There are various platforms on the internet which provide the Hip Hop music. But if you want to listen to the tracks of Drake, Kendrick Lamar, Big Sean or Eminem, then Spotify is one of the best platforms to listen to their Hip Hop playlists. It doesn’t matter what kind of Hip Hop lover you are you will surely get the song in Spotify. They have the huge collection of Hip Hop songs which make you excited.

The Spotify is one of the biggest platforms where you get the best Hip Hop tracks to listen and download. From Spotify, you can easily download your favorite songs with the use of the AudFree software. If you are the biggest fan of artist like Drake or Eminem then you will love the Hip-Hop Playlist on Spotify. Here, in this article, we have mentioned the top 10 hip hop playlists on Spotify which you can listen. 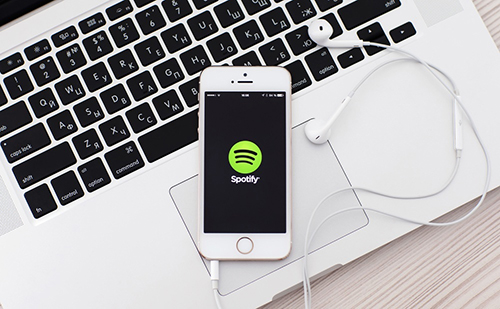 According to the actual situation, introduce the top 10 best hip-hop playlist on Spotify.

#1. Rap Caviar: This is one of the most popular Hip Hop playlists on Spotify. The Rap Caviar Playlist is organized by Tuma Basa, he is the head of Spotify for programming the Hip Hop Playlist. This playlist has now more than 4 million followers with 50 songs.

#2. Get Trunt: It is one of the best Hip Hop playlists on the Spotify. It features around 100 songs by the different artist including Drake, DJ Khaled, 2 Chainz and Kendrick Lamar, their songs will get you excited.

#3. Undiscovered Hip-Hop: This playlist includes the 58 Hip-Hop tracks and has the 3986 followers. In this playlist, you will listen to the songs of Sheck Wes, Jalen Santoy, Suigeneris, IshDARR and Lil DUSTY G.

#4. This is Drake: Drake is one of the most popular Hip-Hop singers in all over the world. In Spotify, the drake has a Playlist named 'This is: Drake' it includes 50 Hip-Hop tracks that you can enjoy. As for Drake's album free download, you can refer to this page: Download Drake's Full Album as MP3

#5. Gold School: This one of the best Playlist of Classic Hip-Hop which includes the 40 songs. In this playlist, you will listen to the songs of Fabulous, G. Dep, N.O.R.E, and Eminem.

#6. Mellow Bars: In this playlist, it includes the 100 Hip-Hop songs for you. The mellow Bars Playlist has the Featuring songs of BROCKHAMPTON, Healy and Lil Xan. This playlist is organized by Yung Lean and it is the best playlist.

#7. Grime Shutdown: If you want to hear a best Spotify playlist then Grime Shutdown is best it has the featuring artist songs like Drake, Dave, and gigs. This Playlist has the 52 Hip-Hop songs and also has the 445913 followers.

#8. Most Necessary: This Playlist is very similar to the Rap Caviar because this playlist is also organized by the programming head of Spotify Tuna Basa. It is one of the best hip hop playlist on Spotify 2018 with 65 songs.

The AudFree software is one of the best software for converting the Spotify music to MP3, which is available for both Windows and Macintosh users. It also coverts the Spotify music DRM free which is a great feature of this software. In below we are providing you the best way to download your best hip hop playlist on Spotify.

First you have to download and install the AudFree Spotify music converter on your computer. Once the installation process is completed double tap on the icon and launches the software. After that, a new window will appear in your screen and it will allow the user to use the two methods to import the songs, first is drag and drop and second is copy URL of the tracks.

After that, you will see e new window where you have to select the output format and many other settings. This smart software allows you to set output format as MP3, FLAC, WAV, AAC, M4A and M4B. Besides, you can also customize the output quality by changing bit rate, sample rate, audio channel, etc.

Once all is set then click on the convert button to start the process of converting the Spotify music to MP3. After coversion, you can locate converted Spotify MP3 files on the local destination folder on your computer.

The Spotify is the best service which provides all kind of international music to the users. Apart from the hip-hop playlist, it also provides other types of genre. With help of AudFree software, you can easily download your favorite hip-hop track from Spotify. Now, you can start your music entertianment on Spotify and play all contnet from Spotify on any device and player.

[Review] Best Spotify Hip Hop Playlists
AudFree uses cookies to ensure you get the best experience on our website. Learn moreGot It!