With a huge music catalogue of over 40 million songs, Apple Music users are able to access the entire catalog of Apple Music on multiple devices like Mac, PC, iPhone, Android, and more easily.

In order to enjoy Apple Music on any device without limit, you'll need to find a way to convert Apple Music to common audio files once and for all. In this case, some dedicated Apple Music converter could be of great help. 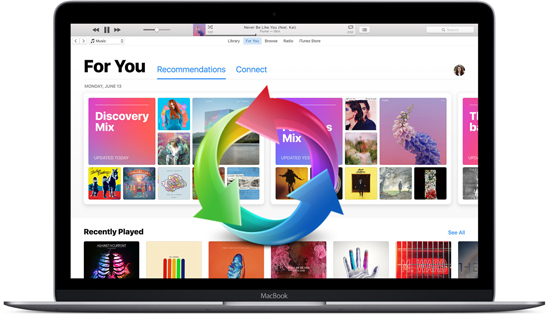 To save your efforts, we've collected the top 5 highly rated Apple Music converter with which you can completely unlock protection from Apple Music and convert the protected songs to unprotected MP3 for offline playing on any platform.

As a one-stop Apple Music to MP3 conversion tool, AudFree Apple Music Converter is the no.1 solution to help you unlock protection from Apple Music streams in only a few clicks on Mac and PC. It's specialized in converting Apple Music and iTunes songs from M4P to MP3, WAV, AAC, FLAC and other unprotected formats.

With the help of best Apple Music Converter, you can enjoy any Apple Music track on most popular mobile devices and MP3 players such as Apple iPod, iPhone, Sony Walkman, Zune, iRiver, Creative Zen, etc. With advanced DRM decrypting technique, this program can work at up to 30X faster speed while keeping the original quality and ID3 tags, including cover, track title, album, artist, genre, and others.

Apart from removing DRM from Apple Music, AudFree Apple Music Converter also works with other protected audios, like iTunes and Audible audiobooks. It also converts between all types of non-DRM audio files. It's the most comprehensive DRM remover you can find in the market.

* Not free
* Output formats should be updated

Rather than a merely Apple Music converter, iMusic is more like a combination of Apple Music downloader and manager. Specifically speaking, it's well designed to help you downloading online tracks from Apple Music and other 3,000+ websites. In addition to downloading, it offers the option for you to record the songs from Apple Music, Spotify, Pandora and other streaming sites.

By default, it will save the Apple Music songs in MP3 format. And as a music manager, it allows you to transfer the downloaded or recorded audios to iPhone, iTunes, Android, Mac and PC. 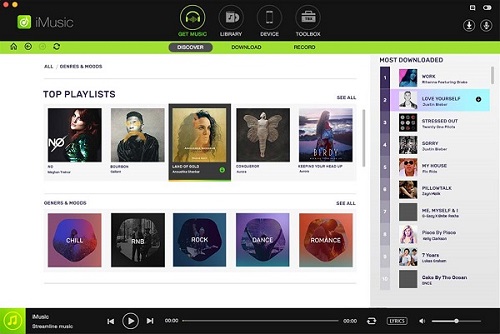 While converting the Apple Music M4P songs to MP3, it offers the option for you to edit the ID3 tags and audio parameters, like audio codec, channel, bit rate and sample rate as you desire. 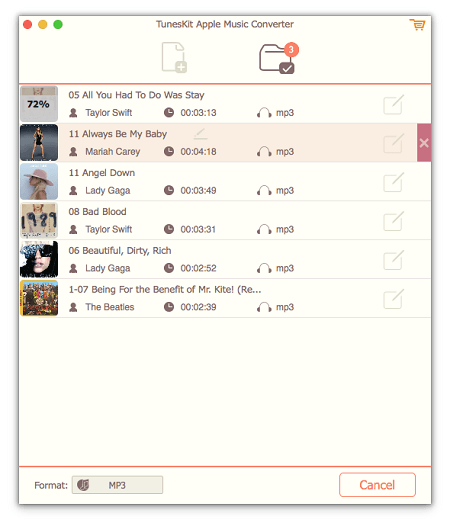 * Output formats should be updated

As its name indicates, AudFree Audio Capture is mainly aiming to record Apple Music or other sounds on your computer. Developed by AudFree, this audio recording tool also comes with a friendly user interface so that anyone can handle it without referring to the user guide. As an all-functional audio capture, it will help you download Apple Music tracks by recording the songs nearly losslessly.

Once recorded, it will convert the recorded Apple Music to MP3, WAV, FLAC and others. You can also choose to split or merge Apple Music songs with this smart app. Besides, it supports capturing other types of audios like local songs, games, videos on Mac and PC.

* Record Apple Music and any other sound on computer

Can you convert Apple Music for free? Of course. Now you meet Free Apple Music Converter, a freeware developed by Thundershare to help you bypassing DRM from Apple Music without any cost. With this free Apple Music converter, you can easily convert Apple Music M4P files to DRM-free MP3, AAC, M4B, M4A, WAV, FLAC and other popular audio formats so that you can play the songs with commonly used MP3 players, such as Apple iPod, PSP, Zune, and mobile phones.

* It's free of charge

Here are the top 5 Apple Music converter review. No matter which one you choose, it has the ability to convert Apple Music to common audio files so that you can play Apple Music on all devices and players. Now, you can test these Apple Music Converters mentioned above and find the most suitble one according to your special requirements.

Apple Music Converter - Top 5 Best
AudFree uses cookies to ensure you get the best experience on our website. Learn moreGot It!