[Solved] How to Play Apple Music on Xbox One

As one of the most popular home game consoles by Microsoft, Xbox One has accumulated a variety of music services, such as Spotify, Pandora, SoundCloud, etc. But Apple Music, the U.S. hottest streaming music service is not yet to work with this smart video game console. Put it another way, you are not able to use Apple Music as background music while playing games on Xbox One.

However, there is no need to be disappointed as there is no official Apple Music app to be compatible with Xbox One but there are still two effective ways to stream Apple Music to Xbox One with ease, even if you don't own an Apple TV. In this article, we will introduce the complete tutorials of two solutions to play Apple Music on Xbox One. 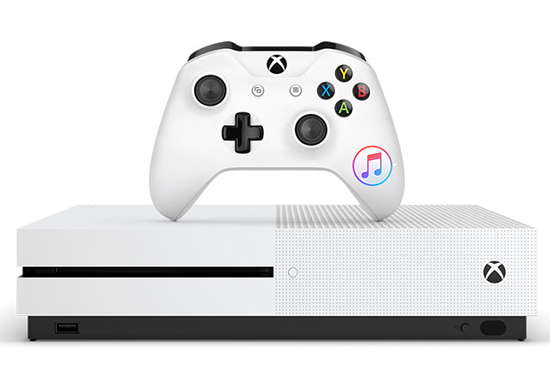 What Tool Will You Need

Have you tried to use music player built-in Xbox One to play Apple Music via USB port? If yes, you might know that all Apple Music files can't be recognized by Xbox One. The key reason could be that music tracks downloaded from Apple Music are encoded in protected M4P format. Here, we will make this way possible. The only way you need to do is to convert Apple Music files to Xbox One compatible audio files with the assistance of third-party Apple Music converting solution.

AudFree Apple Music Converter is such a commercial software, which is designed to remove DRM from Apple Music songs, playlists and albums and convert Apple Music files, audiobooks to MP3, FALC, AAC or WAV and other common audio files supported by Xbox One. There is no worry about the output audio quality as it runs at 30X faster speed with zero quality loss. With this professional program, you can freely transfer them to an USB drive and then play Apple Music on Xbox as background music without problem.

The following tutorial will guide you to losslessly remove DRM from Apple Music for playing on Xbox Onewith the help of AudFree Apple Music Converter.

Open AudFree Apple Music Converter and then touch the 'Add Files' button to load the iTunes library. Please make sure you have downloaded Apple Music files on iTunes in advance. Just select the favorite songs you'd like to put them to Xbox One, click the 'OK' button and all Apple Music tracks will be loaded to AudFree's main interface.

Xbox One supports various audio formats without DRM protection. You just need to click the 'audio' icon to set output format as MP3, FLAC, WAV, AAC, M4A or M4B. Besides, you can also customize other output audio parameters by changing the bit rate, sample rate, audio channel as well as bit rate.

Now, just click the 'Convert' button at the bottom-right corner to launch the converting process. AudFree Apple Music Converter will convert added music tracks to target audio format you set before and save them on your computer. In general, the conversion time depends on how many Apple Music files you imported.

Step 4Transfer converted Apple Music to Xbox One
Just click the 'file' button to locate the destination folder stored unprotected Apple Music songs. Once found, please copy them to your USB drive and then plug it into Xbox One USB port. Now, you can use the built-in music player to play Apple Music on Xbox One in the background.

Disclaimers: The above tutorial is only available for personal use. It's illegal to remove DRM for commercial use. We just aim to let Apple Music subscribers make full use of music files they purchased from Apple Music on their own devices. Please don't share them to others.

Method 2. Stream Apple Music to Xbox One with AirServer

When it comes to how to get Apple Music on Xbox One, there is still a professional solution you can't miss, called AirServer, which can let you stream music on your Xbox One. It just hooks into 'AirPlay' directly and then you can use your iPhone or iPad to cast your Apple Music to Xbox One via remoter control. If you are owning an iOS device, the best way is to get help from AirServer to connect Apple Music to Xbox One.

Part 1. How to Set up AirServer on Xbox One

If you don't have an AirServer, please navigate to Microsoft Store to install this third-party app on your Xbox One. Although it costs $19.99 for the full version, Microsoft offers the free trail version to try it before buying. 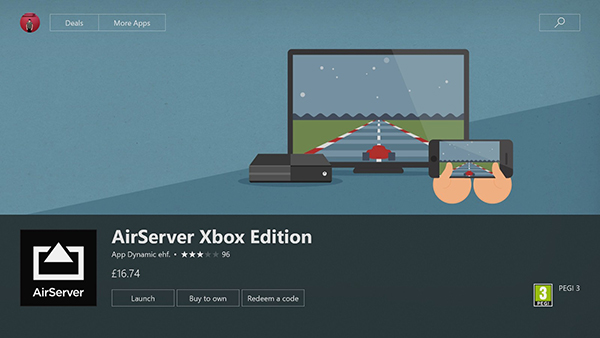 Step 1. Click the 'Store' tab on your Xbox One, select the 'Search' tile to type the 'AirServer' in the search box and choose 'AirServer Xbox Edition'.

Step 2. Select the 'Free Trial' to try this app for free, tap the 'Launch' button to launch AirServer on the Xbox One and then press the 'right' -> 'A' to display an on-screen QR code.

Part 2. How to Set up AirServer Connect on iOS

Now, let's turn up to your iOS device and set up the AirServer Connect application on it. 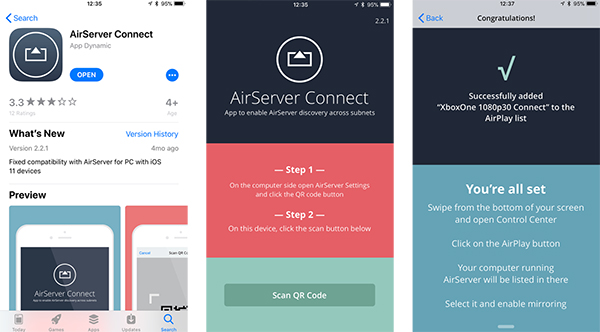 Step 1. Enter to the App Store on your iOS device and search 'AirServer Connect' app. Once showing up, please install it to your device.

Step 3. Scan the QR Code on the Xbox One app. This will make your Xbox One as an AirPlay device.

Part 3. How to Play Apple Music on Xbox One

Once the above settings done, you can refer to the following steps to learn on how to use Apple Music on Xbox One. 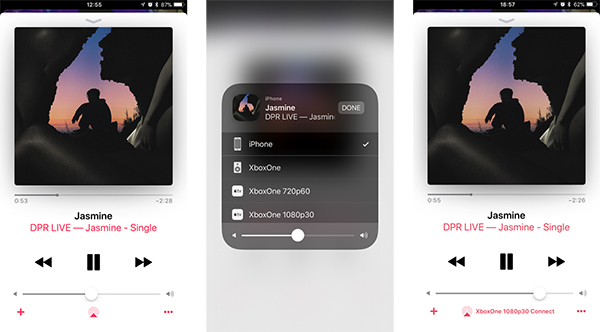 Step 1. Open Apple Music app on your iPhone or iPad.

Step 2. Discover the favorite music or playlist you'd like to play on Xbox.

Step 3. Press the 'AirPlay' icon and choose the 'Xbox One' to finish the connection.

Now, playing Apple Music will be streamed to Xbox One automatically. You can start to set Apple Music as background music while playing a game on Xbox One via background audio control.

Easy Ways to Play Apple Music on Xbox One
AudFree uses cookies to ensure you get the best experience on our website. Learn moreGot It!