How to Play Spotify on Game Consoles

Spotify music is an excellent digital streaming platform with millions of songs from different artists and genres all over the globe. Proceed on, as in this guide we will introduce to you how to play Spotify on game consoles e.g., Xbox, PS4, PS5, etc. online and an excellent tool to download Spotify music to game console from the streaming platform and save it on your device as local files. 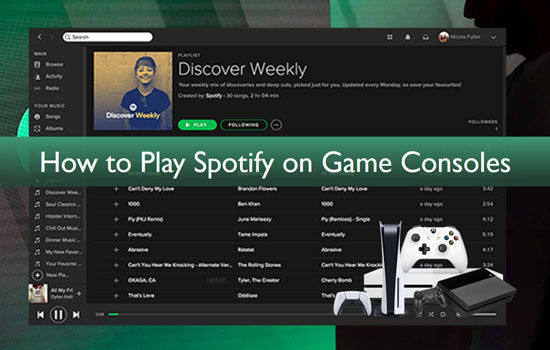 Part 1. What Game Consoles Are Compatible with Spotify?

Part 2. How to Play Spotify on PS5/PS4 Game Consoles

Step 1: Visit "All Apps" from your Media home and select "Spotify" for download.

Step 3: Select Spotify in the "Media home" or the control center by pressing the "PS" button on the consoler to open the "Control Center", where you can play Spotify on game console (PS5). You can also use Spotify Connect to control the music from your phone or tablet remotely. 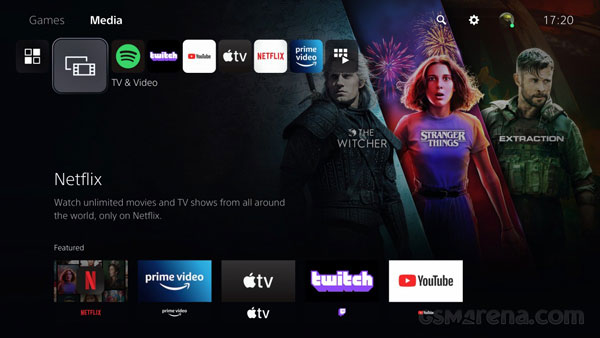 Part 3. How to Play Spotify on Xbox One

Step 1: Download and install "Spotify music app" from the "Epic Game Store" on the Xbox One Console.

Step 3: To stream the Spotify on game console Xbox One, press and hold the "Xbox" button on the consoler. The "Xbox Guide" window pops up where you can select "Spotify". Here you can skip, play/pause, stop, and control music playbacks. 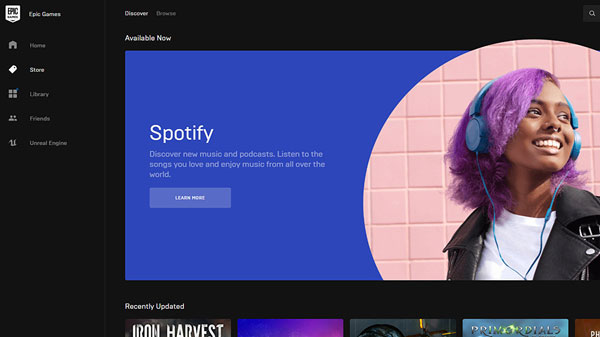 Part 4. How to Play Spotify on All Game Consoles

It is an undisputed fact that users of the Spotify music streaming platform have access to millions of tracks, however, with protection. This restricts members with either free or premium accounts from listening to them on other devices and music players.

To use Spotify music on all game consoles, you need it as a local file on your device. This will make it available on different devices such as game consoles and music players. Downloading and converting Spotify songs without a loss in quality is possible using the AudFree Spotify Music Converter known as AudFree SpoDable.

AudFree Spotify Music Converter can convert Spotify Ogg music to common audio formats as a local file on any device which you can listen to offline without loss of quality. In addition to converting Spotify songs, AudFree SpoDable has other features. You can check them below.

AudFree Spotify Music Converter is available for both Windows and Mac operating systems and can convert and download Spotify music to game consoles. Download AudFree SpoDable Spotify Converter from their official website follow the following guidelines.

Step 1Launch the app and add the Spotify songs

Launch the app from your desktop and log in to your Spotify account. You can upload Spotify to AudFree SpoDable conversion interface by dragging the song/playlist/album to the conversion window or by pasting the song's URL link to the search box in AudFree Spodable. Then click the "+" button to add.

To define your desired output format, click the "Menu bar" > "Preferences" to open the output window. Here, you can choose the type of output format and choose to convert Spotify to FLAC, MP3, and more. Also, you can set the bitrate, sample rate, and conversion rate you desire.

After adjusting all necessary settings, click on the "Convert" button to download and convert the selected songs in your selected output path. After conversion, you can now integrate and listen to Spotify music for game console.

Play Spotify on Game Consoles
AudFree uses cookies to ensure you get the best experience on our website. Learn moreGot It!