Thankfully, TeslaScope says Apple Music will be part of the Tesla Holiday Update, along with many other features. Although not yet officially released, Tesla owners are looking forward to this update.

What about before the update, how can you play Apple Music on Tesla? Read on, here's a full tutorial. You will get to know all things you want to learn about Tesla Apple Music. 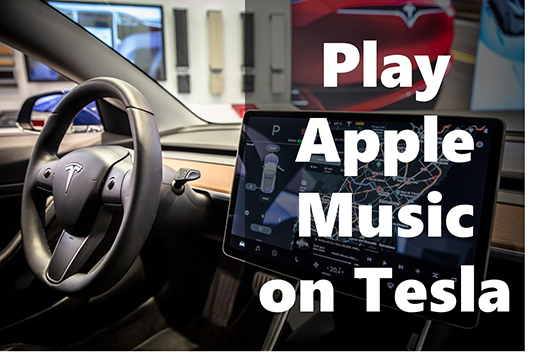 Part 1. How to Get Apple Music in Tesla via Media Player

For several years, Tesla has been integrating music streaming platforms like Tidal and Spotify into its vehicles. Now, finally, Apple Music Tesla integration may be coming in one of Tesla's almost annual holiday software updates.

A Tesla car at the Peterson Automotive Museum was recently equipped with Apple Music integration. There is speculation that it will soon be available on the car. Now, TeslaScope tweeted that Apple Music will be part of the Tesla holiday update. 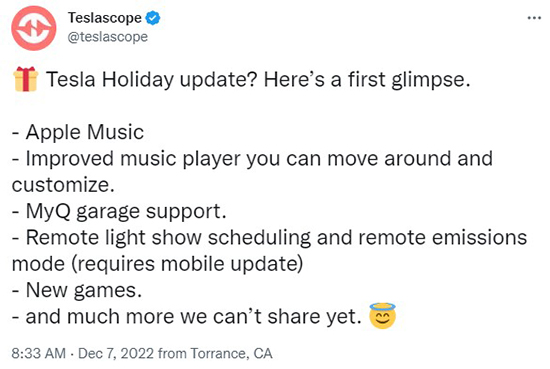 While the 2022 Tesla Holiday Update isn't 100% confirmed, we'll be digging further into the matter, so you can stay tuned.

Also, until Apple Music is added to Tesla, we'll show you 3 other ways to play Apple Music on your Tesla.

Method 2. How to Stream Apple Music on Tesla via USB Drive

The best way to get Tesla Apple Music to work is of course without a phone. Since the Tesla car is able to play music from an external USB drive, you can download Apple Music to USB. Then, the first step you need to do is to convert Apple Music songs to MP3 and download them to USB. You can use AudFree Apple Music Converter to sit this step.

It can download and convert Apple Music songs to MP3, FLAC, and other open formats. Moreover, it can preserve the original audio quality with a fast download speed of 30X. All the metadata of the song will also be saved. After downloading, you can get offline Apple Music files as your own. You can transfer them to a USB drive and then listen to Apple Music in Tesla via this USB.

Note: It can also download music from other streaming music platforms, including Audible, iTunes, etc.

Download and install AudFree Audio Converter via the 'Download' button above. Then click the first 'Add Files' button to import Apple Music songs that you want to play on Tesla.

MP3 is the default output format of AudFree Auditior so you don't need to change it. But you can also customize other parameters including the channel, sample rate, and more. To do this, simply click the 'format' icon. 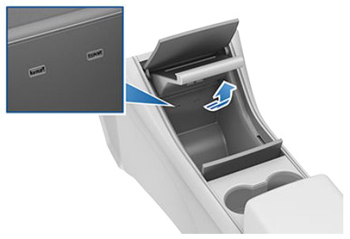 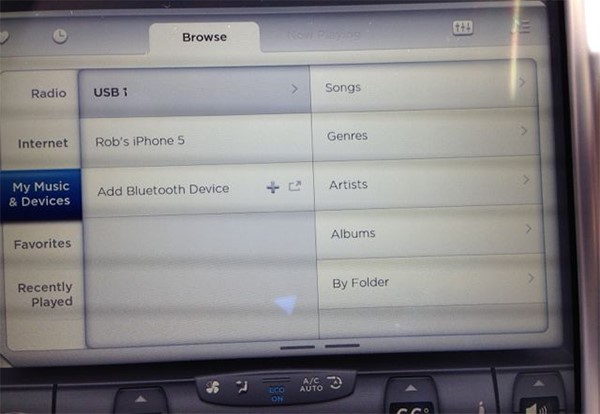 Part 3. How to Add Apple Music to Tesla via Bluetooth

Thankfully, Tesla also supports playing music from Bluetooth while driving. You can follow the steps below to use Apple Music on Tesla via Bluetooth.

Step 2. On your Tesla's touchscreen, enable 'Bluetooth'. Then choose 'Add New Device' and tap on the 'Start Search' button. 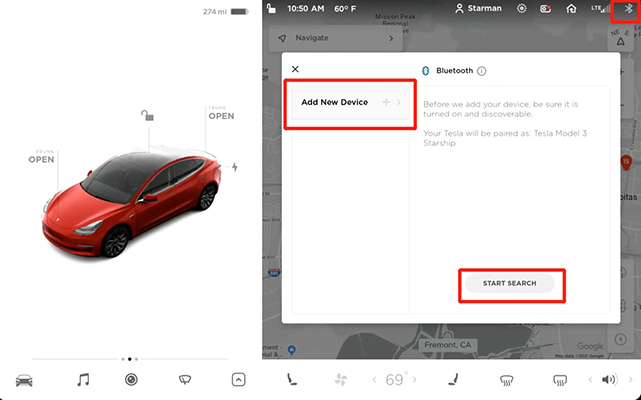 Step 3. Wait for it recognizes your phone. Once found, click your phone name on the touchscreen and pair.

Step 4. Now you can open Apple Music on your phone. Then choose the song you want to listen to and it will stream to Tesla wirelessly.

Part 4. How to Use Apple Music for Tesla via Apple CarPlay/Android Auto

It's hard to say exactly how he did it, but you can refer to his video to know what is needed and how to do it. He said it is a simplified approach to encourage more people to use this workaround. It's about providing a responsive Android experience.

However, it is worth reminding you that if you are not skilled enough, then this method is not for you.

Q1: Will Tesla Get Apple Music?

A: It is possible that Tesla will add Apple Music to it in this year's holiday updates.

Q2: Can You Use Apple Music on a Tesla?

A: Yes. You can first use AudFree Audio Converter to convert Apple Music to MP3 or WAV audio files. Then transfer these converted audio files to a USB drive. Finally, you can listen to Apple Music in Tesla via USB.

Q3: How Can I Play Music from My iPhone to My Tesla?

A: You can connect your iPhone to your Tesla via Bluetooth. Then just open the Apple Music app on your phone and stream Apple Music to Tesla.

A: Media apps on Tesla vary depending on market region. Most Tesla can work with Spotify, Tidal, Caraoke, and Tuneln.

Q5: Can You Upload Local Music to Tesla?

A: Yes. Tesla supports using a computer or a USB drive to upload audio files to it. Note that it only supports file formats in MP3 and WAV.

Q6: Why Tesla Has No Apple CarPlay?

A: Because Tesla's car systems are developed in-house. The huge benefits that other manufacturers gain through CarPlay integration are of little use in Tesla. Furthermore, adding CarPlay/Android Auto would break the seamless experience that Tesla currently offers.

4 Ways to Play Apple Music on Tesla
AudFree uses cookies to ensure you get the best experience on our website. Learn moreGot It!