With the rapid rise of the music streaming industry, software such as Amazon Music is flooding the cell phone or computer. While the public is now accustomed to going to their favorite Amazon Music on their phones, it does pose a burden as it requires having the phone with them at all times and takes up some space on the phone.

If you can have a portable MP3 player compatible with Amazon Music, this will be much more convenient. As MP3 players focus on the function of playing music, it can also bring benefits such as true portability, clean interface, battery and space saving, etc. Therefore, in the following, we have carefully selected top 3 MP3 players for Amazon Music for your reference so that you can enjoy Amazon Music without any burden. 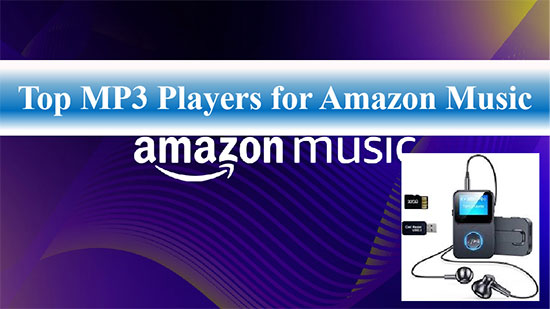 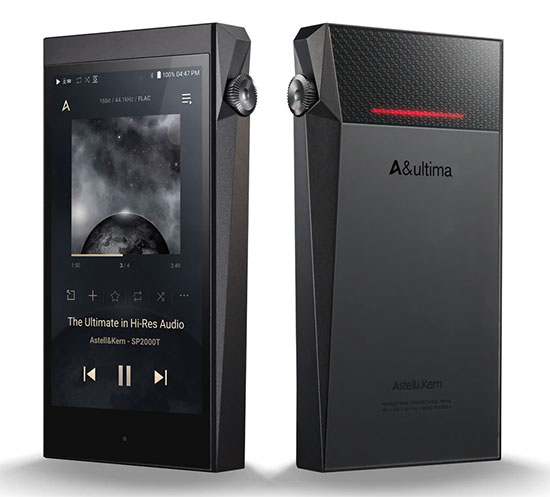 Astell&Kern can be called a high-end and famous music player, and their hot product A&Norma SR25 is equipped with 64GB of storage space and 3.6-inch touch screen, which is totally a blessing for those music lovers who have a large music library. In addition, Astell & Kern has partnered with most music streaming platforms, including Amazon Music, Apple Music, SoundCloud, Spotify, Tidal and other very popular music platforms of the moment.

When it comes to the features of Astell & Kern, you will be surprised to find a dual selection of line out ports, USB ports, headphone jacks, and memory card slots in the Astell & Kern music player. What's more, it is equipped with a 6200mAh battery, which allows users to listen to music without recharging for days. Because of these feature-first designs, Astell & Kern's devices range in price from $699 to $3499. But honestly, it's really worth it. If you pursue high-quality Amazon Music, then Astell & Kern will be the optimal choice. 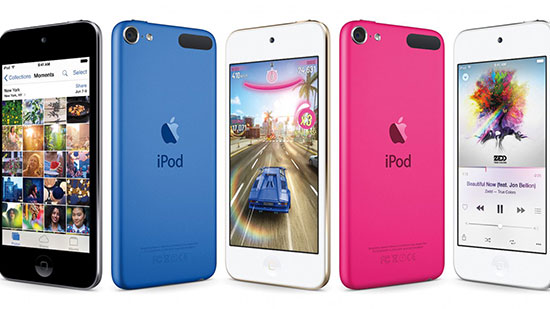 Apple is known worldwide for making high quality electronic devices, and the Apple iPod touch is no exception. It is one of the best MP3 players in the world, especially great for listening to music. In fact, users generally describe it as an iPhone without the phone feature because in addition to the pre-installed iTunes app, you can download other compatible music applications on the iPod touch such as Amazon Music, Spotify or YouTube.

One of the amazing features of iPod Touch is that it is Wi-Fi enabled. All you need to do is install Amazon Music app on an iPod Touch running iOS 13.0 or later, and then you can start enjoying Amazon Music anytime, anywhere on such a smart device that costs $100 to $180. Given its small size and light weight, this makes it easy to carry around. Besides, the huge 128GB of storage and a large touchscreen make it more simple and convenient to use. Importantly, its battery lasts up to 40 hours, allowing you to play your favorite Amazon Music without interruption. 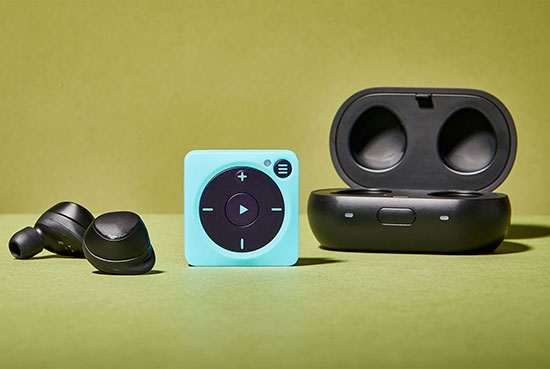 What is profoundly impressive is its simple and lightweight appearance, which makes it stress-free to carry around. Furthermore, Mighty player has 8GB of internal storage space and is capable of 15 hours of continuous playback, priced surprisingly at only $80 to $99. It's worth noting that Mighty Vibe only supports Amazon Prime Music and Unlimited Music. So if you have an Amazon Music subscription, the Mighty Vibe will obviously be more suitable for you.

How to Play Amazon Music on Any MP3 Player

In fact, Amazon Music is only available for a few MP3 players so far. If your MP3 player doesn't support the Amazon Music application, here's a workaround: download and convert Amazon Music to MP3 first, then transfer it to any portable MP3 music player for unlimited enjoyment.

Here we have to mention the best of the converters - AudFree Amazon Music Converter, specially designed for downloading and format conversion of Amazon Unlimited Music and Prime Music, which can losslessly convert Amazon Music to MP3, FLAC, WAV and other formats for offline playback on various MP3 players.

Moreover, combined with advanced and latest encoding technology, AudFree Amable's built-in ID3 tag editor can preserve the title, album and other information in Amazon Music downloads during the conversion process. With such a great helper, listening to Amazon Music offline on multiple devices or MP3 players is no longer a headache.

How to Download Music from Amazon to Any MP3 Player Offline 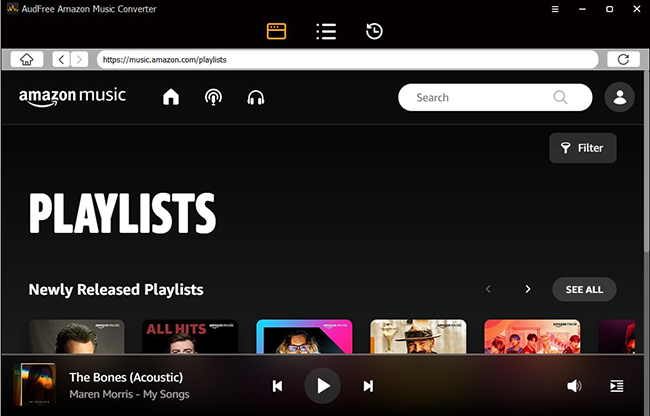 Step 1. Click the "Three Lines" icon at the top right of AudFree Amable and select the Preferences > Convert section to start defining the Amazon Music output format as MP3.

Step 3. Press the "Convert" button to enter the "Convert List" window, in turn, this converter will start converting and downloading Amazon Music to your computer locally.

Portable MP3 Player Compatible with Amazon Music
AudFree uses cookies to ensure you get the best experience on our website. Learn moreGot It!